Hey everybody! A few days ago, my class presented their Genius Hour (YES!!!), meaning that for the time being, we have moved on to something else. Specifically, we’ve been working on media literacy. We still have some time before we finish the unit, but I’ve already learned a lot from what I’ve seen. In other words, I’ve been reading between the lines of different types of media and have come to some conclusions on how media impacts a culture, gender, economy, and me personally. Here’s what I found (by the way, there was no real research done on this; these are inferences from my brain and my brain only):

Culture: First off, how does media impact a culture? I believe that media can either bring a culture together or break one apart. On one hand, it could bring a culture together if the majority are willing to make changes. Other than certain cultures that have different ways of avoiding influences by the outside world (such as being a relatively disconnected society from the world), more likely than not, multiple people are bound to have a different perspective of their culture based on influences from media outside the world they live in. If everyone is okay with making minor changes to fit the world of today then it could bring the culture together and help the culture as a whole become more modernized. On the other hand, it could cause rifts in the culture as two different groups grow in numbers: one that believes the culture should stay the same and the other that believes their culture should stick with the times. Overall, media’s impact on a culture depends on how open the culture is to the information that the media gives.

Gender: I can bet that when you read that, the first things that came to mind were gender equality and double standards. Yes, the media has majorly affected gender. The thing is, we’re not at the point where women are feeling bad about themselves due to media and aren’t doing anything about it (of course there are still so many people in the world negatively affected by the media, I can’t deny that). We’re at the point where there are so many different messages and counter-media that are telling us to love ourselves rather than critisize every piece of ourselves that we declare isn’t perfect. In conclusion, I think that media has majorly impacted gender roles and stereotypes, but there is now counter-media trying to fix that mistake.

Economy: I believe that media impacted how economies are portrayed. For example, commercials about a certain topic will always be exactly the same but with different words. One very easy example is comparing the U.S.A advertisements to African advertisements. American advertisements, no matter what the topic, will still be lighthearted and somehow promote the nation. If there is an American advertisement that’s incredibly sad, it’s either about a sickness (which is totally fine to talk about) or trying to help out a country or continent like Africa, who is portrayed as a country that is incredibly poor. That is right, to a certain extent, but there’s more to that than them being poor. And where do we see that? In African advertisements. So I guess it depends on where you’re watching from. Unlike gender equality, this is not a problem that we are striving to fix. It hasn’t had too big of an impact on the world as a whole, but the effect is still there.

Me: The best topic of all :). Personally, I try not to think about media I find offensive or media that I think could be hinting that I need to change something about myself. I’m not really sure why, but it is relatively easy for me to ignore stuff like that. I’m not saying it’s the easiest thing in the world; I needed my family to practically pound that resistance into me. Every derogatory advertisement my mom or dad would announce to my sister that these advertisements that show me a super skinny model or a little girl eating salad are not totally real. For example, it’s likely that that same little girl eating a salad or whatever product she was advertising would prefer eating the complete opposite, like a pizza. Overall, I’m not as affected by the media (at least when it comes to my personal image) but I had extra help with that.

Overall, this is how I feel about these four areas of life that the media can affect. I know other people have different views. If you do, don’t be afraid to comment down below. See you later!

I love my iPod Touch. I know, typical of what someone from this generation would say. Although, when I say I love my iPod, it’s more than just using social media. I have more reasons, as you’ll see below: 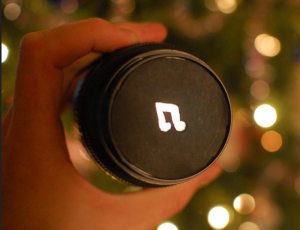 All my music is on my iPod. Listening to music gets me through some of my most stressful times. It’s the sounds that sooth me; every melody makes me feel happy. Sometimes, I don’t even listen to the words. All I need is a simple calm beat.

From the day I held my beautiful yellow iPod, it has been personalized like a DIY project. Every app I have is for my personal use. When people skim through my iPod and find it shocking I only have two games, I smirk because I do have more games, just not on the iPod… No, that’s another device f 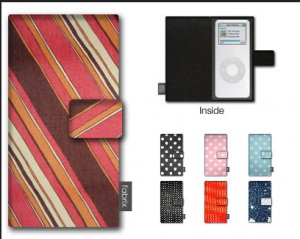 or another time. My iPod was made solely for me to do my own things there, and what I do doesn’t include playing fifteen games.

You wouldn’t believe how many times I dropped and tortured my poor iPod (and that was before I got a case for it). I’m surprised it still works. Nowadays, my iPod stays in my hand more than on the ground, but I still drop it from time to time. At least I have a case, so my iPod’s lifespan has increased. In other words, I’m proud of my iPod for being a survivor.

Overall, I’m very happy to have my iPod. For my fellow iPod owners, here’s an article to ten really cool things an iPod can do that we don’t know about:

For the past few months, my technology class has taught me a lot of things, but there is one overlapping subject: developing the ability to break out of our little third-culture kid bubble that may have grown around us after years of living in different countries. We’ve taken this lesson a step further by trying to do this using social media. Specifically, we set up Twitter accounts to be able to follow various “experts” based on our topic of research (we’re actually having a second Genius Hour; see my other post “My Super Awesome Genius Hour” to understand what I’m talking about) and we get to ask these experts questions.

My area of research has to do with comparing two phone companies that everyone loves: Apple and Android. In other words that means my experts were all computer developers or programmers of some kind. In total I followed ten experts listed below: @OlteenRazvan, @tim_cook, @dotbugfix, @AtdheMahmuti, @namklabs, @MarlonMolina, @nathanmarz, @satyanadella, @pschiller, and @Danenania. I basically asked each one of them if they preferred Android and Apple or, if experts like @tim_cook made it clear whose side he’s on, I would ask them why they chose what they chose. I decided to ask this specific question because I was doing the research part; I didn’t need anymore information other than the pieces I’d already found. I decided that if I could, I would try and get their views on Apple and Android. In my Genius Hour project, it was just a general answer to my research question that did not require research or numbers.

Now… the best part. How did they respond? Well, before we could ask them our questions, we created a “relationship” with our experts by tweeting or commenting on something else related to them. For that part, I got very positive reviews. By that, I mean I’ve gotten a few likes and retweets while a few also responded to me! Sadly, when it came to answering the question I asked them, only @MarlonMolina responded. I don’t blame the others though; I think I asked some of my questions too late. At the same time, I’m surprised he answered because he was one of the people who I asked very late. Then again, he is more active on Twitter than some of my other experts, so I think that plays a part in why he even responded in the first place. Anyways, none of them followed or helped me any further. I haven’t continued a conversation with any of them, though I may go back and do that later.

Despite a rather low amount of responses, I’m not too disappointed with the result. Sure, if I had done things a little differently throughout this journey, I would have probably been more successful. At the same time, I’m glad that someone answered; whether it was one answer to my question or simply liking one of my tweets. It makes me feel good just knowing that I was noticed by people that don’t live in my little bubble. I generally get very excited whenever I see someone like, retweet, or comment on one of my tweets. To see not one, but ten different people like my tweets and occasionally reply to them had me over the moon. I really hope I can be able to use this unusual source for school some other time because I feel like if I do things differently next time, getting information directly from a source will help me in the long run. Of course, if we do another Genius Hour there is a chance I’ll end up using Twitter again. I’m not really sure what other classes I could use Twitter for, though I think I’m more likely to use Twitter for Language Arts, Music, or Science. Overall, I’m still glad I got to do this because I think this activity has taught me that I should not be afraid to contact people that I think will help me, no matter how far away they are.